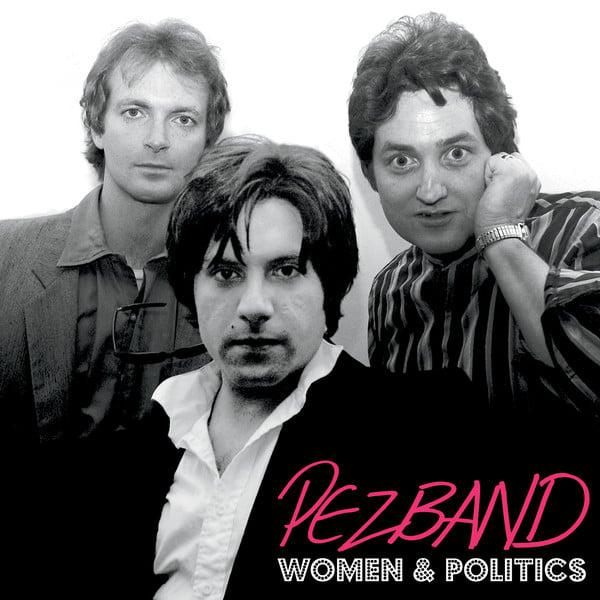 1980 was a rough year for Chicago’s Pezband. After three albums and two live EPs, interest from their label vaporized and the group disbanded. Following a year of rest, guitarist Mimi Betinis and drummer Mick Rain were energized and ready to give the band another shot. Joined by original member John Pazdan, the trio headed to Los Angeles to record at the legendary Record Plant, where high school friend Paul Broucek worked. With Broucek at the helm, Pezband completed Women & Politics, a four song EP that saw the band sharpening a harder edge without abandoning their power pop roots. Women & Politics, was shopped around, but in a post-Knack industry, none of the majors were biting, and the EP was shelved. Frodis Records, in collaboration with Common Market Media, presents the first-ever release of Women & Politics, freshly remastered from the original tapes.

Release Notes
*Limited, hand-numbered pressing of 500 copies (400 on black vinyl, 100 on colored vinyl)---this copy #148/500
*Liner notes featuring photos and interviews with the band on the making of the EP and the latter-day history of Pezband
*Complimentary download code